The following concert version of the  Ariadne on Naxos is the focus of the summer night concert. The ensemble on the square proves to be a well-functioning opera orchestra, despite the sparse cast. It is amazing how, under the baton of Matthias Fletzberger, towards the end of the opera it suddenly plays with such great sonic force, as if it were about competing with Wagner's Götterdämmerung, which, however, corresponds to the score. 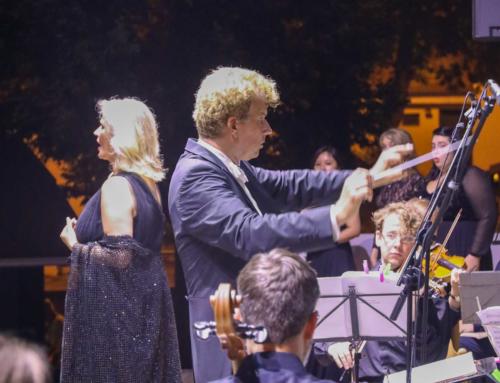